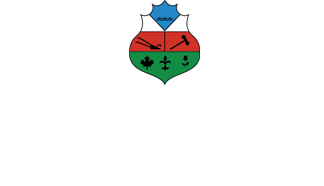 The first municipal Council of the new Corporation of the Town of Thessalon met in 1892, with that inaugural meeting chaired by the Town's first mayor Walter Barrett, a local merchant and contractor.

At that time, Mayor Barrett headed a council of six members elected at large.

There were many challenges ahead as the new community formed, literally cut out of the virgin forest stands along the North Channel of Lake Huron, defined by a distinctive point of land divided in two by the Thessalon River.

Still today, the Town of Thessalon Council includes a mayor and six councillors, who preside over the community, continuing to face challenges as the Town evolves to adapt to social, economic and technological changes here and around the world.

We thank local historian J.E. MacDonald for the hundreds of hours he put into documenting the history of our area. The following was taken from his books entitled This Point of Land; Once in a Lifetime and Shantymen and Sodbusters.

Copies of This Point of Land can be purchased at the Thessalon Library. 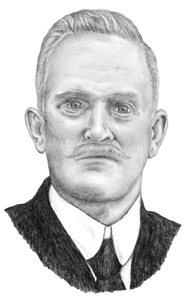 How did Thessalon get its name?

Little about the history of Thessalon is recorded before the lumbermen arrived in 1869. In fact, according to area historian J.E. MacDonald, the origin of the town’s name has been lost in time. It may be derived from a First Nations word or phrase. Or, it may have been taken from the Bible.

MacDonald reports that First Nations people called the area “Neyashewun” meaning “point of land.” He speculates this term may have been paraphrased to “Tessalon” as it appears on a 1670 map until it finally became officially “Thessalon” in 1880. Another theory is the name may have originated with early Jesuit priests.
Perhaps they drew comparisons to the plight of early Christians in Paul’s letters to the Thessalonians as they paddled rounded the point in the cramped confines of a canoe or suffered the onslaught of ravenous mosquitoes during portages.

British Commander Daniel Robertson confirmed First Nations occupancy of the Point of Thessalon in 1784. Native contact with Europeans had been largely with fur traders, priests and explorers.
The discovery of copper at Bruce Mines suddenly made the area a valuable asset. Government action was swift with Treaty Number 61, negotiated on September 9, 1850. During negotiations, First Nations people ceded control of the eastern and northern shores of Lake Huron from Penetanguishene to Sault Ste. Marie.
In exchange they received two thousand pounds and the further perpetual annuity of 600 pounds.

The treaty was signed by 20 chiefs and 21 principal men, among them Chief Keokonse of Thessalon, whose band included 58 people.

As MacDonald writes, any misgivings the First Nations people had about the deal were likely dispelled by a clause giving their tribes “free and full privilege” to hunt and fish except on portions of land that “may from time to time be sold or leased to individuals or companies.” In 1850, when the land was covered by primeval forest except for settlements at Bruce Mines and the Sault, this clause would have given the impression First Nations people could maintain their lives as nomadic hunters and fishers. What they likely did not visualize, was that huge tracts of land along the North Shore would later be leased for lumbering.

In 1850, the Thessalon Indian Reserve was created for the band that lived along the lower reaches of the river. This reserve largely paralleled the North Channel for a depth of four miles inland. In the later years, pressure accumulated from lumbermen and white settlers. This resulted in relegating the band to a small tract in the southeastern portion of the reserve. Today, there are some 120 residents of Thessalon First Nation living on the reserve and nearly 400 off-reserve members.

How was the town established? 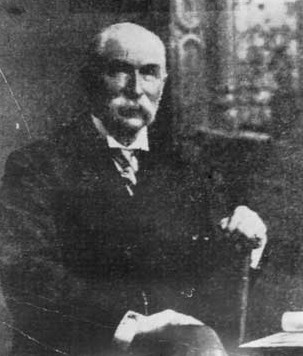 Nathaniel Dyment (Left) is often credited as being the founding father of Thessalon. He came to Canada in 1832 after a six-week voyage across the Atlantic from Devonshire, England. The Dyments then set out on foot from Toronto 44 miles to their prospective home in the forest near Lynden. When he was a young man, he opened a store near Lynden, whetting his appetite for business. Legend has it that his first logging transaction was the purchase of a single white pine tree with a dollar he had earned by chopping two chords of wood.

Dyment obtained a license to remove timber from the Thessalon Indian Reservation in 1871. The following year, he arrived at the mouth of the Thessalon River with machinery to build the area’s first major steam-powered sawmill. This mill launched the lumber industry and growth in this region in the coming years. 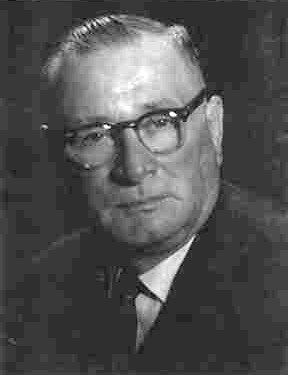 In 1884, there were 200 permanent residents in Thessalon, housed in a haphazard cluster of dwellings near the mill at the south end, which is where Main St. is now located. The town consisted of 18 houses, 8 shacks, 1 store, 1 hotel, 2 churches, and a 1 room school.

In the subsequent years from 1884 to 1903 the population had grown from a small lumbering village to a much larger town of 1200 residents, thanks largely to the enhancement of communications, public services, spur lines, and entrepreneurs like J.B. Morgan - Founder of Midway Lumber (right).

Over the years, the town’s population has stabilized to almost 1,400 people. Many links to the past remain. Families have lived in the area for generations. And, the town is still a popular destination for hunting and fishing while Midway Lumber Mill serves as one of its major employers.